"Those who want to pass the Sharia law over the Austrian laws and want to bring upon us a theocracy in place of our democracy belong in court!" Interior Minister Herbert Kickl, who has been long known for his fierce firebrand rhetoric, said. While Austrian law already has provisions for those who are seen to be subverting the constitution and democratic order of the country, the government has argued the laws do not go far enough to tackle the spread of radical Islamic extremism. 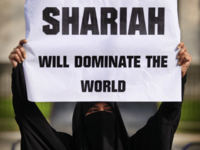