New United Nations report claims ‘Islamophobia’ is on the rise

A new report from the United Nations highlights growing Islamophobia and excessive surveillance of Muslims in countries around the world. The United Nations Human Rights Council report, which was released last week, is unsparing in its critique that governments around the world, including in the United States and China, should do more to combat Islamophobia. Where is the UN report on Islamic anti-Semitism? On Muslim persecution of Christians? On the persecution of Hindus in Pakistan, Afghanistan and Bangladesh? Why is one group and one group only singled out for especial solicitude? 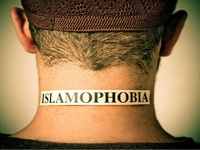