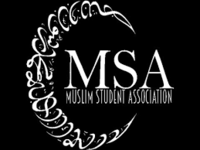 In America today, there is perhaps no better example of the all-out assault leftists have launched against freedom of speech than on college campuses. Leftists have progressively taken over American universities and, just as quickly, systematically eroded freedom of speech and engagement for the students. Not only are voices that leftist faculty members disagree with prevented from speaking, but voices espousing violent, anti-Semitic and radical Islamic rhetoric are welcomed in open arms.