In Defence of the Minority of One 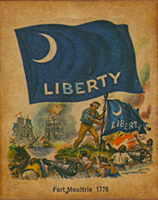 The building block of democracy is individual liberty. So: liberty first, democracy second. Countries conceived in liberty, like England and its offshoots in the United States, Canada, Australia, and New Zealand, tend to support strong and stable democracies. Even in South Africa, where the ancient liberties of Englishmen were until very recently restricted to a small minority of the population, a solid democracy has been built on a foundation of individual liberty. Lacking that foundation, it took France five tries to build a lasting democracy - assuming that the Fifth Republic outlasts the gilets jaunes protests. Democracy without liberty is a house built on sand.