Identifying Obama for What He Really Is: ‘Communism 101’ 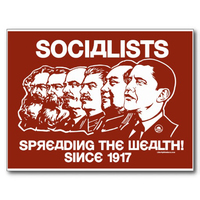 Obama not only put in place a political plan to steal future elections, but had the audacity to steal the name of the resistance. The leadership of the True 'resistance' is not a media sustained community organizer-cum-multi-millionaire and owner of three lavish mansions, but the everyday patriots fighting to keep their Republic standing.

In true Marxist fashion, Obama-five days before his 2008 election-tried for noble words to cover the wicked intent of his "Fundamental Transformation of America", aiming vengeance on a poison arrow to transform forever the cornerstone known as the American election.

This included 2016, the very first election that was to take place immediately following his 8-year squat on the White House.