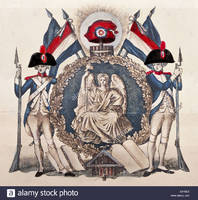 France today is a country adrift. Unrest and lawlessness continue to gain ground. Disorder has become part of daily life. Polls show that a large majority reject President Macron. They seem to hate his arrogance and be inclined not to forgive him. They seem to resent his contempt for the poor; the way he crushed the "yellow vest" movement, and for his not having paid even the slightest attention to the protesters' smallest demands, such as the right to hold a citizens' referendum like those in Switzerland. Macron can no longer go anywhere in public without risking displays of anger.

The "yellow vests" seem finally to have stopped demonstrating and given up: too many were maimed or hurt. Their discontent, however, is still there. It seems waiting to explode again.