Carbon taxes will cost you 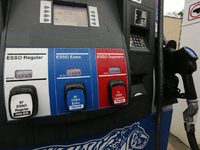 Canadians got a hint of what their carbon tax burden could become during the federal election debate when leaders argued over the Paris emissions targets.

"We have reached three-quarters of the way to our 2030 targets, which we will meet and surpass," Prime Minister Justin Trudeau said Oct 7.

What would happen to carbon taxes under that scenario?

Trudeau said he wants to "exceed" the 2030 targets. By how much?