Based on blog posts written nearly 20 years ago, B'nai Brith, a pro-Israel but otherwise far-left organization, accused top PPC adviser Martin Masse of being everything from a "racist" and a "sexist" to a "homophobe" and "anti-Semite." 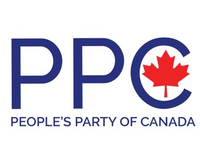 Instead of yielding to pressure, Masse and the PPC fired back, claiming that the attack was completely meritless and that the Conservatives were actually likely involved. In a tough election year against Justin Trudeau's Liberals, and with outspoken PPC founder Maxime "Mad Max" Bernier increasingly scoring points against (as he calls them) the "intellectually corrupt" Conservatives, even in Canada's otherwise ultra-polite political arena, the Conservatives' involvement looks highly believable.